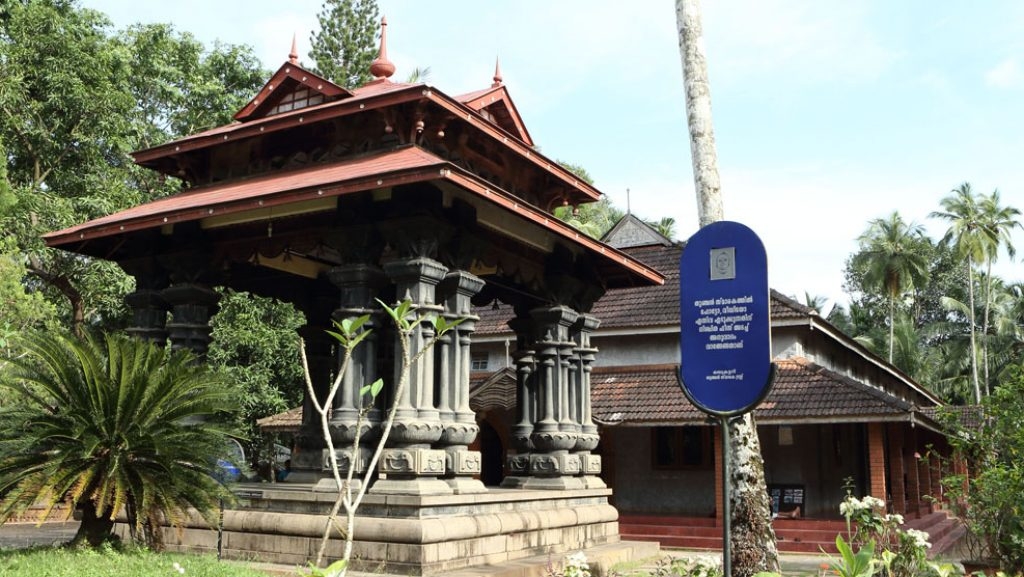 Thunchan name is used, but his statue that also symbolizes his religious beliefs is opposed, the idol that he worshipped is also prohibited, his religious beliefs are also not accepted. These are the pitiable condition of Thunchan Paranbu. We can assume it as an increase in immoral activities in lifestyle of Kerala. Thunchan statue, his idols and beliefs should be recognized. It was not opposed by Muslims, but this is being done for political aims.
Traveler in Tirur city of Malappuram District in Kerala can witness a strange sight, a statue of a quill pen similar to the statue of the Mahatmas. It was laid on the foundation that was set to erect the statue of eminent and legendary writer Thunchathu Ramanujan Ezhuthachan known as 'Father of Malayalam language' who guided keralites to renaissance through his spiritual writing ‘Adhyatma Ramayanam.’ Instead of the quill pen symbol, if an Ezhuthani (Iron instrument used for writing), written palm leaves or green parrot was erected it would have been more appropriate. But, all this was prohibited there.
Once a prominent media house of Kerala with the permission of Tirur Municipality decided to erect a statue of Thunchath Acharya. The statue was made and when the inauguration day was near, the event did not happen due to the opposition from the local people. As a compromise, the statue of quill pen was erected. The Municipality of Tirur was under the Muslim league administration. They objected to the erect the statue. Most of the people in the locality were against idol worship, was their justification. The orphaned Ezhuthachan’s statue was left abandoned in the government’s records room. The followers and admirers of Ezhuthachan erected the statue in the neighbouring school. Even now his statue has not found its place in his own soil. This negligence is not a solitary incident. This is the present circumstance prevailing in Kerala. 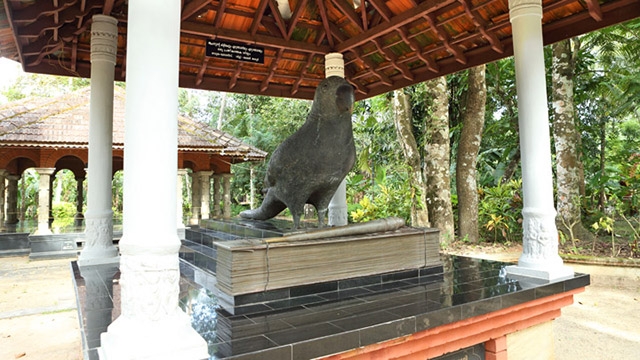 Thunchan Parambu, the place where this legendary writer lived was abandoned for many years. In 1954, K. P. Keshava Menon, Chief Editor of the prominent Malayalam News paper 'Mathrubhumi' along with his friend Pazhakanur Ramapisharady visited the place from when the renovation of the place began. Under the leadership of Keshava Menon linguaphiles and Swabhimanis formeda committee to construct a memorial. With the support of the public, in 1964 on January 15th, the memorial of Thunchan Smarakam was inaugurated. Prominent non-political leaders overlooked the activities of the memorial. But after a few years, when the leftist government came to power, they dismantled the committee.They captured the rights to the memorial. They formed the new trust with their well wishers (pro communists). Prominent writer M.T. Vasudevan Nair was made the Chairman.
To show that everything was going on well, they projected M. T. Vasudevan Nair, a non political person. Communist Party (Marxist) local secretary is the permanent member of the trust. No one has the power to replace him. 'Thunchandinam' is celebrated every year in memory of Ezhuthachan. But National ideologists and organisations are kept aloof. At the same time undeserved politicians and persons are given much importance. Few examples are given below.
The world famous Malayalam poet Madhavi Kutty’s (Kamala Das) conversion to Islam was the encouragement to thousands of Hindu girls to abandon their families and convert to Islam. Merily Veis, who wrote the autobiography of Madhavikutty and noted journalist Leela Menon revealed her conversion to Islam. So they were not recognized here. But, Muslim League leader and Religious speaker Mr. Abdul Samad Samadaani, who inspired Madhavikutty to Islam was acknowledged there. Zakir Naik, who through his speeches causes revolt against the national terrorist activities is favored by E.T. Muhammed Basheer, a prominent Muslim League leader and member of parliament.
He is also an active participant in all activities here. Communist ideologist K.E.N Kunhahammed who said that ''Kaalan a dish served in the national festival of Malayalees Onam belongs to the forward community and it has to be replaced by ‘beef’ curry, is an indispensable part of Thunjan Paranbu festival.'' Such proceedings are taking place in the name of the person who awaked spiritual thoughts and invoked national patriotism. Such anti-national deeds of the CPM is now supported by Jihadis in Kerala. So naturally social awakening thoughts that should have been invoked by Ramayanam and Ezhuthachan has been lacking and the contradictory is happening. 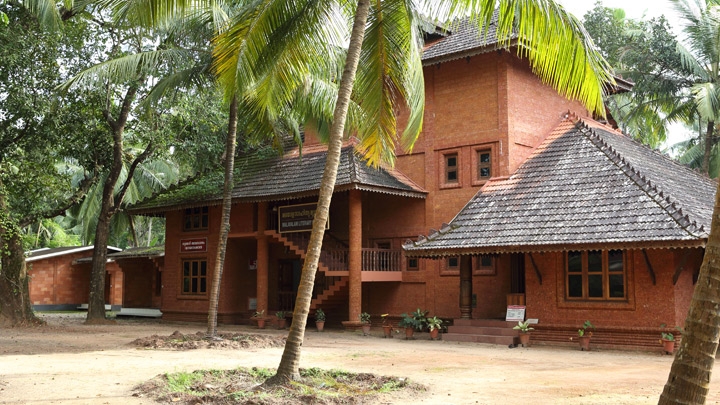 When it was suggested that a Malayalam university should be established in Thunchan Parambu, Famous historian, MGS Narayan said, ''only Thunchan Acharyas name is used, but no work is done for the enhancement of Malayalam language.'' ThunchanAcharyas was a devotee, but the Trust sees bhakti as an embarrassment.Thunchan is an ardent devotee and hence a spiritual writer. If he has to be remembered, all his works have to be maintained. But the trust doesn’t agree to all this. Under such circumstances if the university is built, it will be influenced by the activities of the trust. They will play an important role in the administration of the university. This was the opinion of MGS Narayan. He said that we have to obtain the right to erect the statue in his own place. This is a religious act, so we have to follow our religious ideologies. If they oppose Thunchath Acharya even his name should not be used.
Thunchan name is used, but his statue that also symbolizes his religious beliefs is opposed, the idol that he worshipped is also prohibited, his religious beliefs are also not accepted. These are the pitiable condition of Thunchan Parambu. We can assume it as an increase in immoral activities in lifestyle of Kerala. Thunchan statue, his idols and beliefs should be recognized. It was not opposed by Muslims, but this is being done for political aims. This is not right and should not be allowed.
(Kesari weekly 2012, March. 11) 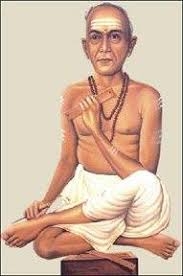 But who will listen? Anti-national forces like CPM and Jihadis unite to humiliate such leaders. Renaissance concepts are neglected. When we celebrate the month of Ramayana praising the life of Sri Ram, many are of the view that this also may be forbidden. But consistent activities have developed a sense of confidence in Malayalees today. The aim of the dark forces is being identified by Malayalees. Surely in the near future, there will occur a fulfillment in the dream of constructing a remarkable memorial of Thunchath Ezhuthachan.
- C. Sadanandan Master